I have been playing Saga Age of Magic for a while now ... a great addition to the Saga games and has been a lot of fun.

Andrew had re-purposed his old 6th edition Chaos Fantasy army having to rebase all his models to fit on new round bases. He also made 2 Chariots for the army and painted up his Greater Daemon of Slannesh .. being his monster for the army. The end result looks great so thought I would share some photos.

The army is all designed to charge ... and charge hard !!   the chariots being my biggest worry as they get 8 base attacks on the charge !  armed with javelins as well ... very nasty and they can be activated as hero's. His magic is all geared up around his Sorcerer transforming into a almighty monster with the Transmutation spell so quite scary when that happens. The foot units all have heavy weapons hence the flails and great axe models being picked.  Overall a great army that has to do most of its damage in the first 3 turns as when the units get bogged down with fatigue they loose there effectiveness. 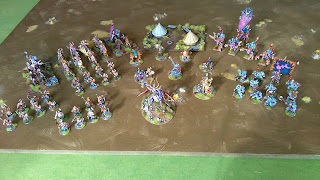 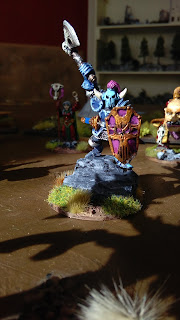 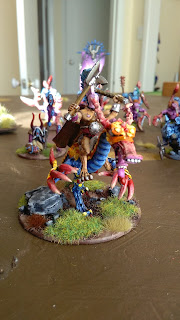 Above  - Champion and his mounted Warlord on a beast 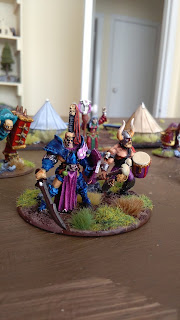 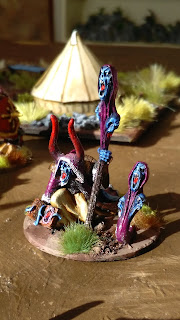 Above  - Warlord on foot and his Sorcorer 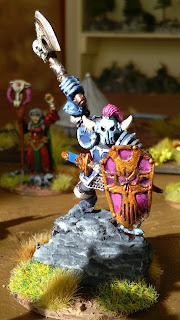 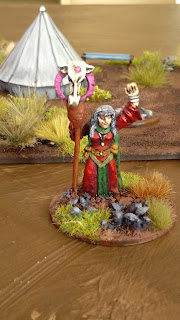 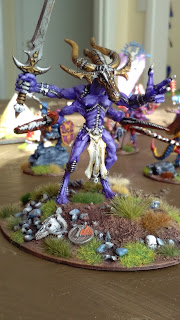 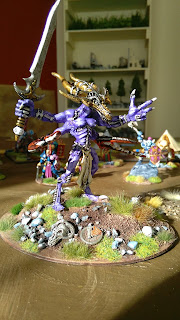 The Greater Deamon of Slannesh 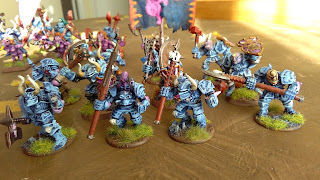 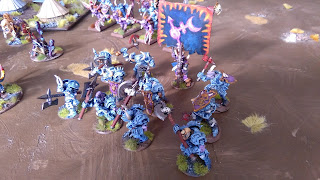 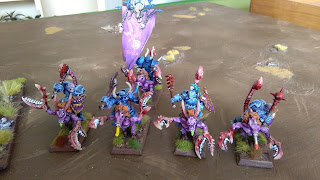 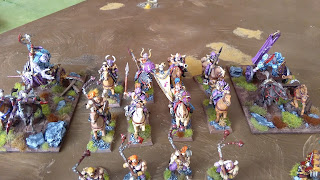 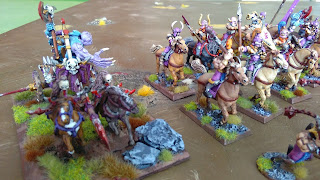 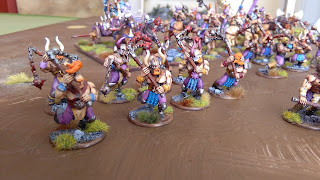 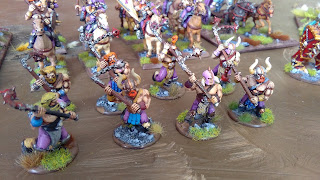 Well, not much from me in the way of painting or modelling im afraid .... being summer I have no interest in indoor activities such as painting at the moment, but I still manage to play a game once a week with Andrew so its been good on that front ... mostly playing
Age of Magic Saga and Congo - always fun.
Posted by Battletwin at 20:49