Well its been a while since my last post, its been a busy summer ... lots and lots of sailing and some windsurfing, as well as all the other summer stuff, but with now it being well into autumn months its time to crank up the hobby painting and boardgaming stuff ... so should see more posts over the winter months I hope

I thought I would start to collect another 28mm Bolt Action army (well yes I should finnish my Finns first but lets be honest it never works like that for us gamers)  and I have decided on the French ....yes the French,  well the Vichy French to be specific. 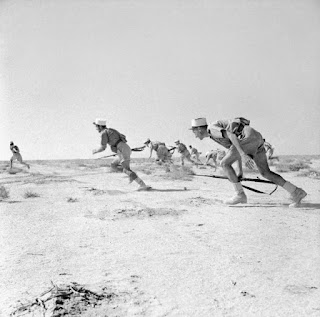 Once again I have focused my Bolt Action army selection on the Early War period of WW2 as I like the period, some may say that late war is where all the competitive players are heading with Panthers and Pak 40's and such but meh ... I dont really care  ...ultimately it all comes down to the look of the army and the history for me and the Legionnaires have always held my interest having collected a 15mm FOW Vichy French Legion army so it was only a matter of time I guess before I collected it in 28mm  .... and the Legion miniatures look way cool.

The history of the unit I am basing my force on will be the 6th REI Foreign Infantry Regiment. They were formed in 1939 and were located in French Levant (modern Syria) , and in 1941 they fought against the British and Allies in the area of Damascus, during the battle the 6th Legion faced against the 13th DBLE Free French Legionnaires .... upon meeting each other they did not shoot at the other (classic !)........  but ultimately the Vichy French lost this battle and had to retreat from Syria and Lebanon ,  by December 1941 the Regiment was disbanded and joined the Free French side, its Legionnaires were absorbed into other allied Legion units.


My core of the army is going to center around the French Legionnaire Infantry units. I found some great models that Artizan minatures do for my Legionnaires and they look great, so much so that i am actually looking forward to painting them ! 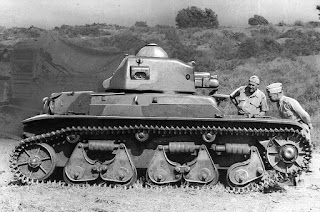 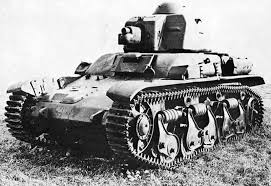 I will also have some Senegalese Tirailluers Infantry, a Moroccan Goumier infantry unit with their tough fighters training, theres also a handful of VB grenade launchers within the infantry units to provide some mortar and smoke cover,  a Machine gun unit,   the little Renault R-35 Tank, and units forming the back bone of the force being two units of the 75mm mle 1897 Light Artillery Guns - as being the french you get a free artillery unit so bonus there ....  The only thing left to sort out is the armoured car option .... I was hoping to use the Laffly S15TOE car or may  be the AMD Laffly 50AM car but having trouble finding a model for it in 28mm scale (anybody who could help let me know) 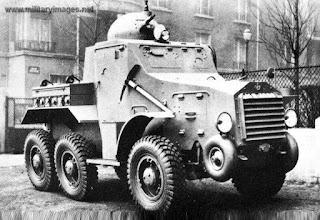 Well thats whats up next on the Bolt Action front for me ,  I have been busy painting up some more of my Finnish Bolt Action force doing little units such as the higher command teams, the Medic and observers and the like .... now only one small unit of ski troops to go and then its onto the vehicles ... hoping to get these done this month.

Also been playing a heap of Saga 2 games lately ,  it has a fantastic new set of rules so hopefully have some more on this later and possibly a battle report as I havent done on of those for ages .... loving the new battle boards ,  my Anglo-saxons are very good and also the Vikings , they look hard to beat.  Looking forward to the next book being the Crusades Age as I will get to use my Milites Christi force and my beloved Moors