There's a Bolt Action one day tournament being held at the Kapiti Wargaming Club on the start of July, its only 800 point lists which is nice as I have a lot of models to paint before then.  The umpire has said that unpainted models are ok to use but I will try and paint most of them as there's nothing worse than looking at unpainted models .... 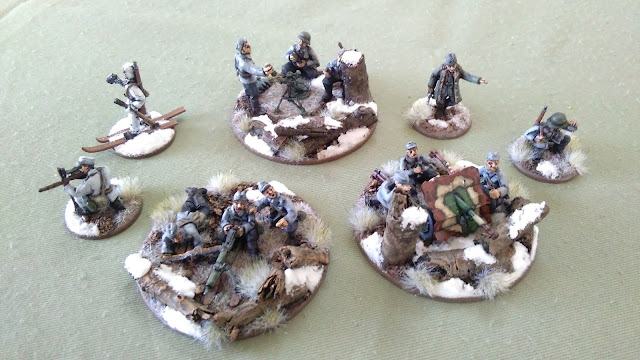 So I have had to push aside my Saga Moor Figures for the mean time, and now been busy painting up some Finnish models. So far I have completed my Lieutenant, a handful of ski equipped men (not shown above as I have yet to place snow effect),  my Machine-gun team, Mortar Team, Anti-tank Team, and my Sniper Team on ski's

They came out very good I think, and the models were a pleasure to paint, very nice sculpts and have found myself enjoying painting once again (instead of it being treated as a chore I must do .... ) also its been a lot of fun in the base making of these models with the snow effects and tuffts etc 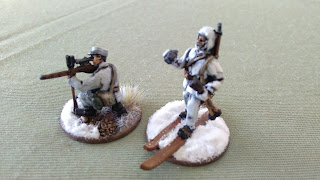 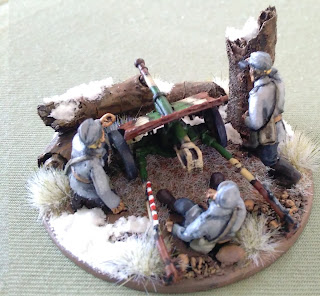 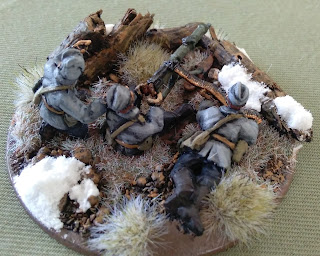 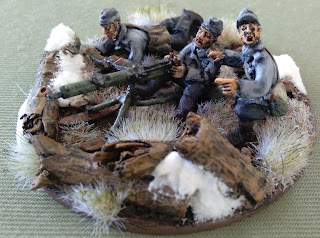 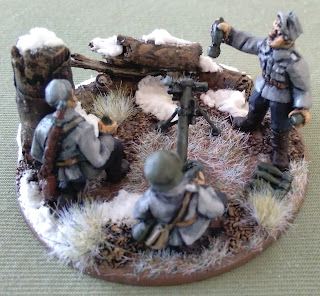 My Finnish list is going to based on the early 1939-40 Winter War period  ..... so lots of ski equipped men, only light AT options and machine guns ! and even the little T-26a with its twin turret MG's will be making an appearance for good measure .... as it will come in handy against any Russian army I might face. My two core Infantry platoons will be the Elite Sissi troops. These guys could ambush from anywhere being able to ski silently into position causing mayhem and striking fear into any invading Russians

So the List has a total of Nine command Dice... unsure whether its a good or bad thing, means I get more chances of pulling my dice out of the bag I guess - so can't be too bad !

The beauty with the Sissi infantry units is that they have a unique special rule that allows them to use advance order dice but with added bonus if they didn't shoot they can then switch the dice into an ambush dice............  this combined with the Finnish army Trained Marksman rule where I get to re-roll morale and add +1 to all my Rifle shots when in ambush is very good indeed.

Being its my first ever Bolt Action Tournament and only having played 4 or so games total, I am going into this one with no expectations what so ever, with learning a thing or two being the name of the game here. 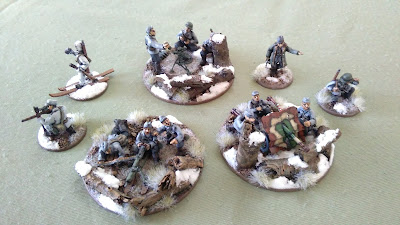 I have been busy painting again,  with my Moor Saga army getting some much needed attention this time.


I have completed the mounted Warlord and some 20 Spear armed Warriors ..... overall quite happy with how the Warlord looks and with the warriors in their earthy tones and patterned robes. The shields were all hand painted and I think look the part quite well. 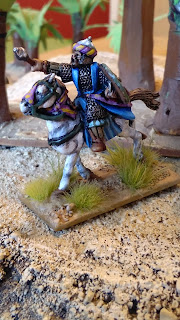 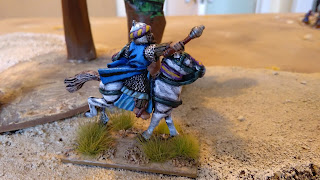 The Warlord - I do wish he could have the option of being on foot ... 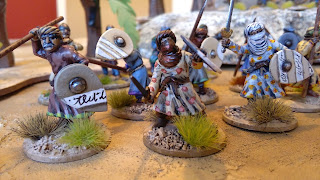 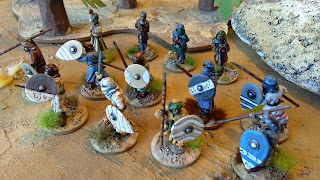 One unit of Warriors with the Naffatun in the rear 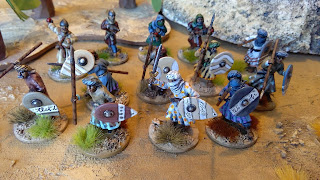 The second unit of Warriors 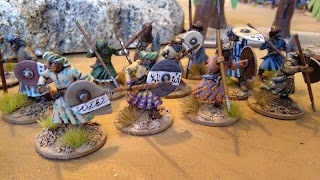 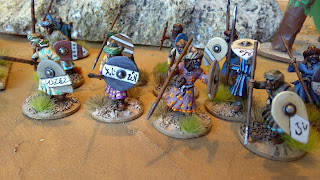 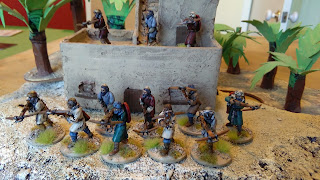 
To finish off the army I have now only got another 20 foot warrior models to finish off and some 8 Horse mounted Hearthguard models and then Moors Saga force will be all complete - as I have already done the Naffatuns, Priest and Levy Crossbowmen middle last year  ..... so a fair bit to go but motivation is high to finish these to get another complete force done and dusted

My brother has also been painting up some Saga units for his Mutatawwi'a force (we just call them Mutts as its easier to say !! )  He has finished 16 Warrior bowmen figures and 24 Spear armed Warriors and had decided on a more dark colour palette for his force which works very well I think .
He also has models to finish being his Warlord and some mounted hearthguard figures - but his being the funky Camel option ... so much cooler than horse's in my opinion ...  the only way for my Moors to gain camels is by the way of Bedouin scouts , so I could be very tempted to field this option when he's finished painting them up ...... ah well what are brothers for if not to borrow models from ! 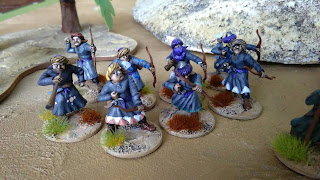 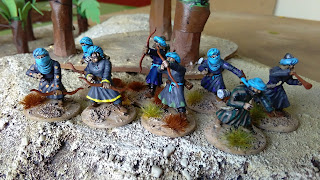 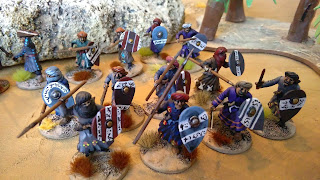 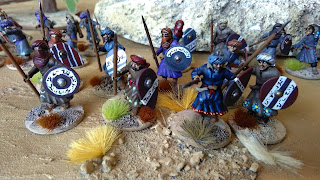 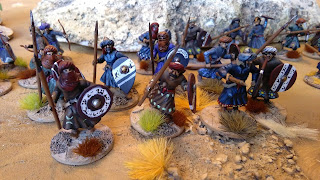 Also, with the local Saga gaming vibe beginning to wane around these parts , I thought it would be a good idea to run a Saga gaming day at the local club.  At first I thought about 8-10 players would be interested but no - I had a great response to the call of throwing Saga dice and managed to get 16 players signed up.

We battled with 6 point saga forces over the course of 3 games in which I split the field into two teams. The first game was a Battle of the Fords, followed by a Sacred Ground mission then some of them (the fast players) got to play a Kill the Warlord mission to finish the day on.

Most of the games were very hard fought over, with the Crusaders and Pagan Rus having a great battle for top spot at the end of the day. My brothers Spaniards had some great games doing what they do best (annoying thier opponents ! with their activation reactions a plenty) ... mean while my Moors also had 2 great wins as I played a Scots player with a Warlord and a WarPriest and unfortunate for him as he got stuck with my Doubts skill every turn .... haha  perfect !   the second game was again against a Scots player but my Naffatun units were next to perfect in this game dishing out some hurt all over the battlefield.

I think overall the day was a resounding success,  and I will be keen on another Saga games day in the future perhaps, another positive is that I now have invitations to a few follow up games at other clubs in the area which is great stuff.... good to see that the Saga following is still strong, even if it does need a kick start every now and again.