Well I have done some painting at last,  its only two models but its a start
I painted up some wild animals for our Congo game we recently started playing.

First up is the Gorilla ... a somewhat scary creature to disturb in the jungle 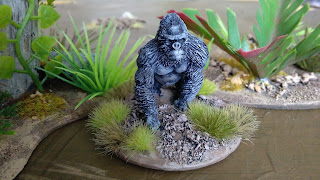 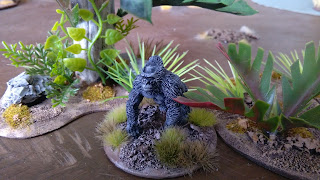 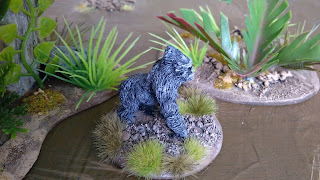 The next one is the somewhat aggressive Rhino, always getting angry when distrubed - you have to watch for this one 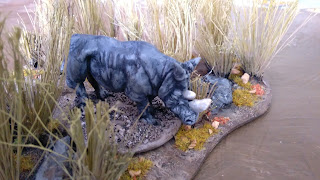 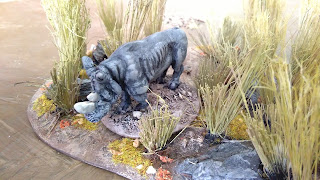 Also, regarding painting, since its getting darker these days with winter not that far away, I have now promised myself to put aside one night a week to painting, and to motivate myself I have moved my painting stuff to Andrews house as I always found it more productive if you paint with some company while doing it.....

until next time.,
Posted by Battletwin at 23:14 No comments: 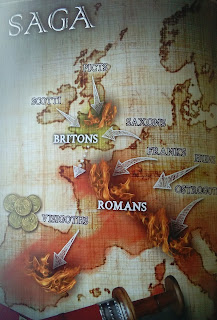 The new AETIUS & ARTHUR Saga book has finally landed and I must say it looks very good indeed. Some interesting factions and battleboard skills to digest over the next couple of weeks ..... the Britons and the Goths has sparked my interest, Andrew likes the look of the Huns and the Romans.
The Saxons look to be a fun army as well, with such abilities as Jeers (shooting reaction where upon the enemy receives as many fatigue markers as half the number of casualties you received)
The Britons are all geared up towards using skills for the Warlord and any unit that is within VS of him, for instance the Dux Bellorum skill you can activate the warlord as many times as you want until he gets exhausted.... very handy in the latter stages of the game .
My first impressions of the Picts battleboard looks a tad weak to me - I just thought they would be more about a fierce hit and run tactics, but their Warlord gets to roll around in a war chariot !! after playing with that option I might change my mind, as these look very cool indeed.

The book also has 3 new missions which is great, and also has rules where you can modify certain Viking age era factions to play within this time period, for example the Irish become the Scotti faction and uses the same battleboard and has only a small amount of weapon option changes - other factions include the Welsh, Franks, Strathclyde to name a few

The new book has a new campaign rule system that sounds great, have always wanted to run a decent campaign story line for Saga, offering more than a one off battle. The campaign is played over 6 games and has one faction being the defender and the other being the attacker, you get to spend campaign points on setting up your forces as well as defenses and also buildings that will help you defend your small base (the Romans defend against the Goths in the example in the book) 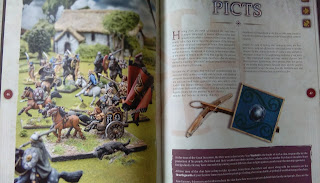 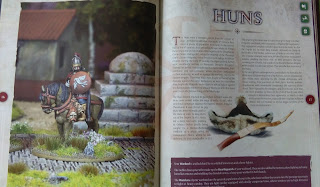 Andrew and myself had a game the other night (using proxy models) with myself using the Goths and Andrew using the Romans .  The Goths are going to take some time to get use to I must admit, as they are all about keeping their fatigue levels high, as their skills get better if they are so .... something that you usually want to get rid of, so you have to have reverse mind set in playing them, no resting units involved unless they are on the verge of exhaustion, and playing abilities that make the opposition not able to exploit your fatigue markers is a must 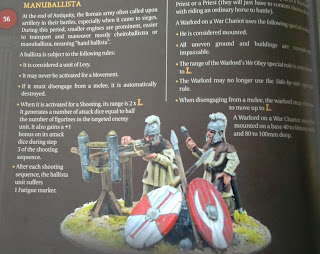 Andrew ended up absolutely smashing me in that game, I just had some really bad dice, as nearly every time I went into combat I fluffed all my dice, or Andrew had some fantastic saves.  For instance my Hearthguard unit charged into a small 4 man warriors unit and having something like 12 attack dice against his 4, I would loose 2 models to his one.....  just plain horrible, Andrew found it very funny.  I must admit though I didn't use my skills all that well in the first half of this game, but with some practice I see the Goths being a fun army to play with.

The Romans are a hard well rounded bunch in which Andy played very well, keeping his Impetus levels high and using a combination of offensive and defensive skills (that's Romans for you I guess)   The Roman Levy Ballista was very effective at killing Goth Warriors, after 3 rounds of shooting I had to send a unit of mounted Hearthguard to finish it off as it was just too painful to ignore
We will hopefully have another proxy game this weekend where I intend to use the Britons or maybe the Saxons, against Andy's Hun force - hopefully the dice gods are with me in this game.

Posted by Battletwin at 15:10 No comments:

Well its been a while but Andy finally got around to basing the diorama for his Storm trooper Figurine he started almost two years ago ... look here for a flashback.
He based it on Planet Endor battling those pesky little Ewoks, looks very good.

Hopefully he doesn't take another 2 years before he finishes the diorama base for Boba Fett figurine he has ..... 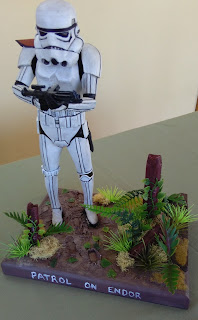 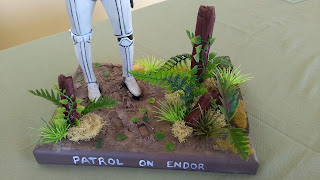 Posted by Battletwin at 10:15 No comments:

Well, Andrew has been painting again and has now finished his Bolt Action German tanks.
He has a small Hetzer tank, the Panther and a sdkfz 221 Armoured car - all painted in a whitewash paint scheme - looks great


First up is the overloaded Hetzer 38t - lovely wee tank 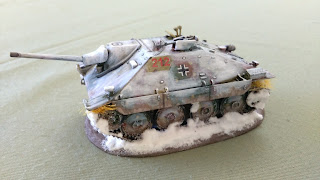 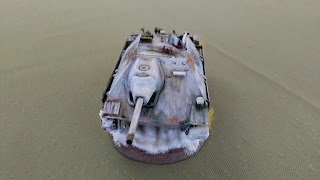 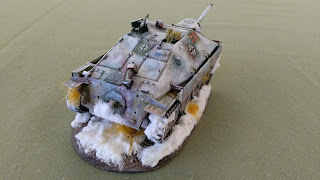 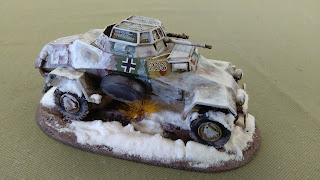 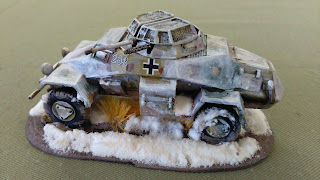 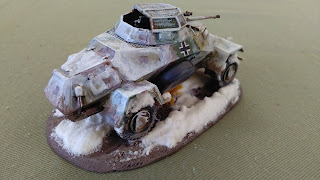 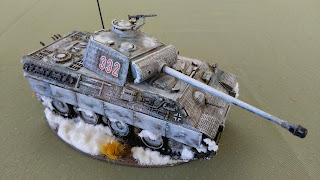 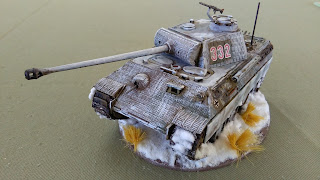 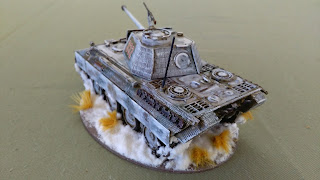 He has also finished his Kriegsmarine infantry unit 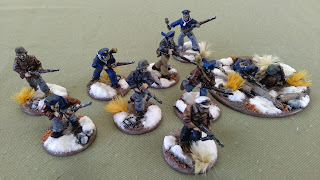 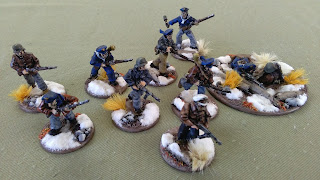 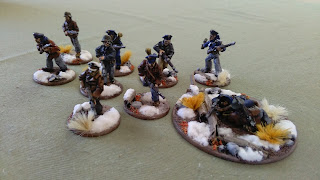 Posted by Battletwin at 15:14 No comments: