I have been busy painting up some more Saga models.

The first being the Warlord for the Milites Christi force I have.  He has come out rather well and I have chosen to give him a white cloak to match the warriors I had done last week. 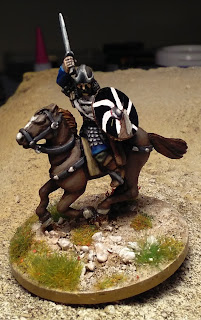 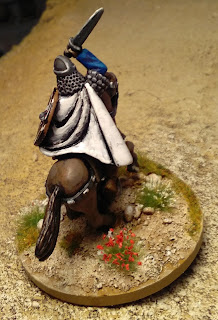 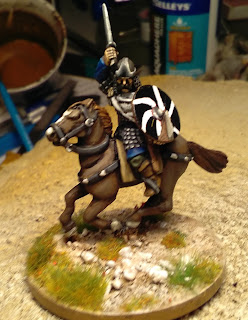 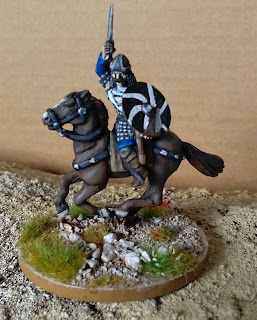 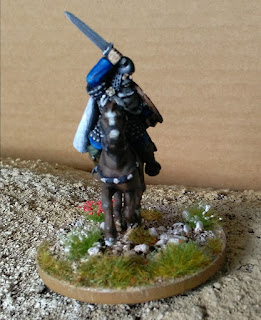 I have also finished a unit of deadly Naffatan warriors, these guys were armed with the task of throwing volatile liquid bombs at the enemy. The Naffatan warriors instilled fear into their enemy's as their burning combustibles could penetrate even the heaviest armoured knights - sounds like a great unit to have for my Moor/Mutatawwia Saga army's. 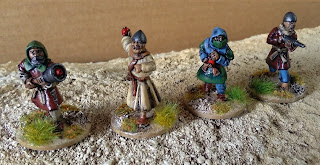 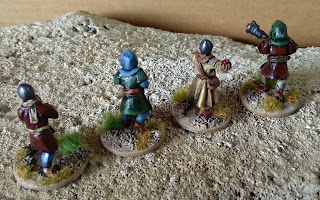 Next on the painting table is a unit of mounted Hearthguard Knights for the Milites Christi force, should hopefully finish those by early next week.
Posted by Battletwin at 22:09 No comments:

Well its nearly that time of year again when the local wargamers will all be travelling up to Palmerston North for the inaugural Panzershrek Flames of War Doubles Tournament.  I will be once again teaming up with my brother Andrew.  We were going to be taking a Italian list but have now changed our minds and will be using a double Polish list instead.
And since its a Polish list and in true Stanton fashion there will be a Armoured train being used of course. Probably not the best option to take considering some of the army's I have heard that are going but it shall be fun to use and that's the important thing. 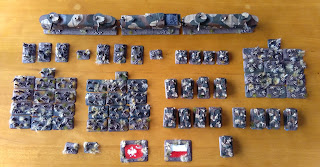 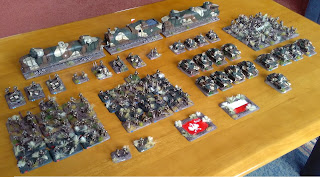 So there you have it , a rather small and fragile army for our standards with only 5 platoons each, but should be blast to plonk down the Train with its high armour and high AT guns it has .... should also hopefully attract some much needed attention as well while the rest of the army does its thing.  The idea behind the infantry would be to have some using the bypass rule - that's where they come from reserve behind the enemy ... taking out the artillery for example. We also be using the night attack rules the Poles have going for it. 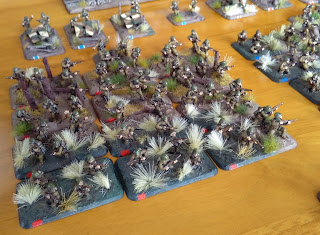 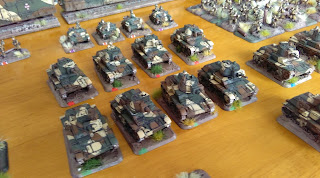 Our team name will be "Train McTrainface" , a mate suggested it after taking the piss from the recent popular vote of naming of the BBC David Attenborough's Polar ship "Boaty McBoatface" name.  Works a treat.

It should be interesting how well we do, it should be a good road trip at any rate and were planning on bringing some board games as well, no doubt Ivanhoe will be played !

Posted by Battletwin at 15:11 No comments:

Way back in late January I picked up a cheap second hand Frankish Saga army.  The force comprises of a mounted Lord on horse, 3 units of mounted Hearthguard on horse and 3 units of foot bound Warriors.  Now I don't mind playing the against the Franks but using them myself is a different matter, I just find thier battleboard over complicated for my style of play ..... so the solution then .... was to make the Franks go on a Crusade and turn the army into a Milites Christi force , far more easier to play with and gives me a Christian force to use against the Mutatawwia force of my brothers. And also if Andy wanted to borrow them I can play my Moors force as well.

So with this cunning plan in mind I had striped back the models and have re-based them all for the desert. I have just finished painting my first unit of foot warriors ....... so time to see some photos you say 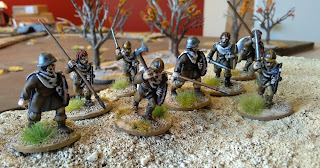 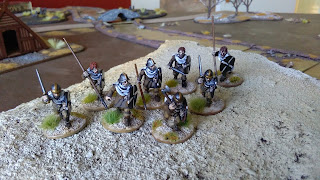 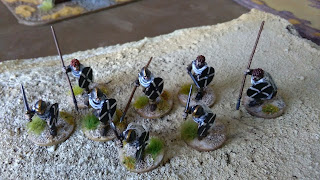 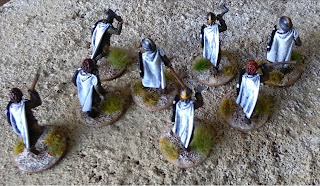 Overall I think they come out rather good, all in white cloaks . I shall paint up a unit of horse next and see how they turn out.

I have also finished my Moor Religious Advisor , an old man with a long beard and cloak ... seems to fit the bill nicely 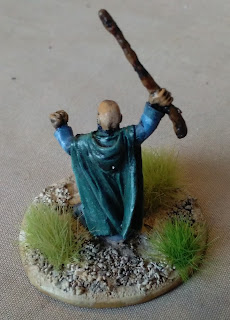 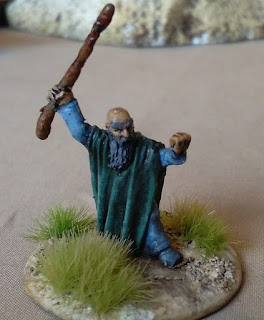 When I have time I might do a review of the Milites Christi force and give some insights on how I run them and what tactics I like to use .... similar to what I did with the Moors a while back.
I could also look into the what Priest options I like and how I get the best out of them.
well until next time...
Posted by Battletwin at 09:22 2 comments:

Well I have been busy painting up the last of my Anglo-Saxon warriors that I needed to finish off my Saga force I had started about 2 years ago.

The army has grown Since my last update, now it has
Alfred Hero, Anglo-Saxon Lord, Anglo-Dane Lord (with Axe)
A unit of Hearthguard, 3x Warrior units and 3x Levy units and also those pesky Monks as well, and a Bard to tell my Saga stories.

So some photos then 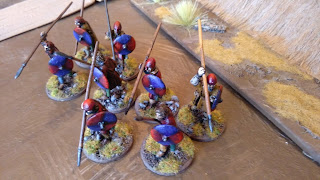 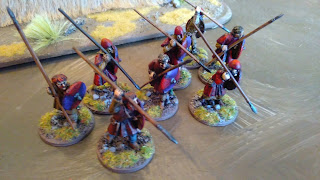 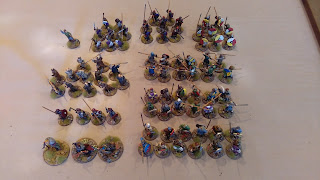 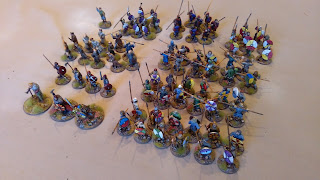 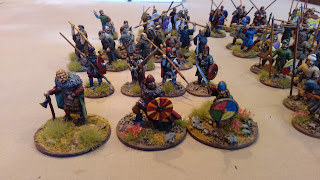 With everyone getting into the Bolt action vibe around here, Andy and myself have joined the band wagon and finally got some figures for it.

Andy has gone for a Winter German force , all in winter clothing so going to base it on the Germans attacking into Bastogne in Dec 44. These figures look fantastic and it was the main reason Andy had picked this force. He has also got some Kriegsmarines to go with them as these look very cool figures indeed.

He has been very busy painting some platoons for a Bolt Action games day event this weekend and has finished 2 platoons of Infantry, HMG, Medic, Commander, and the Pak 40 gun.  Some photos then ................ 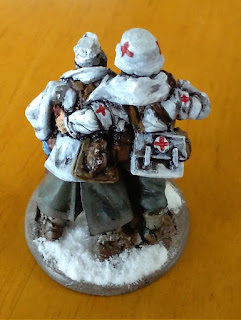 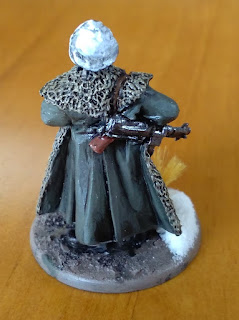 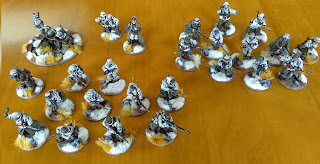 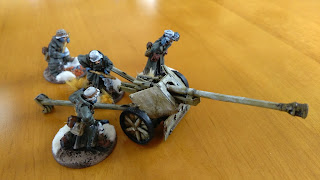 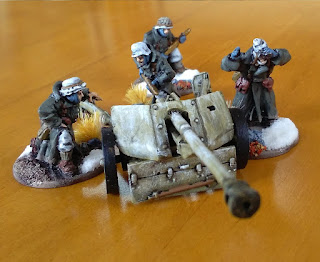 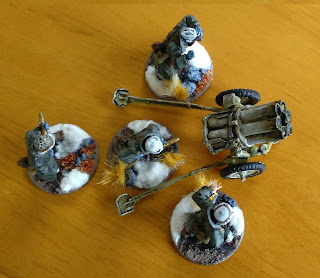 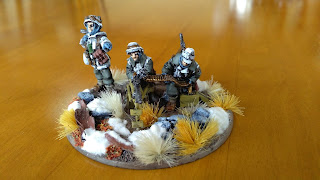 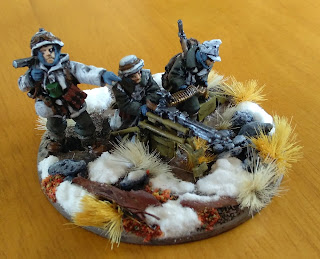 So they look very good, All I have to do now is to persuade Andy to paint some of my models !!!


MY FINNISH FORCE FOR BOLT ACTION

I have decided on a Finnish force in the end, for the main reason that I liked the look of the figures and they have ski troops which look cool !  I have no idea on how many points and what support choices are needed as I have yet to get the Finnish codex

I have designed the core force with a Winter War theme in mind, so early war equipment, with the idea to add some Mid/Late War vehicles and guns at a later stage if needed to. So I have ended up buying one platoon of Finnish Infantry, 2 Platoons of Ski troops, HMG gun, Pak36 gun, Meduim Mortar, Light Mortar, AT Rifle squad, Flamethrower team (sounds fun) a huge 100mm Howitizer, and a late war Panzerfaust team.  Now after I placed the order I thought to myself .... who's leading this bunch ?  ya plonker !, I had forgot all about getting a HQ team. (might pay for me to give Scott "Kapiti Pharmacy" an email to see about ordering it in for me).

I will be using a borrowed British army for this games day event as I have not done any painting for it , yes very lazy at the moment, but I have started to paint some more Saga models, but more on that later,
Cheers