My brother Andy and I heading over the hill to Featherston to play a Flames of War Early doubles game with good mates John and Warren this Saturday. We will be test running our 1000 point doubles Tournament lists for Panzershrek tournament in July.

Andy and I spent some time deciding on a list we both liked the look of, it had to be at the foremost a fun list to use that suits our style of play, also had to be something a little different from the normal tournament lists you so often see, to give it some flair

So we decided on a vast collection of rag tag veteran Italian truckers backed up with the elite Bersaglieri Infantry with some nifty little L3 tankettes and some outdated M11 tanks thrown in there........... should be FUN. 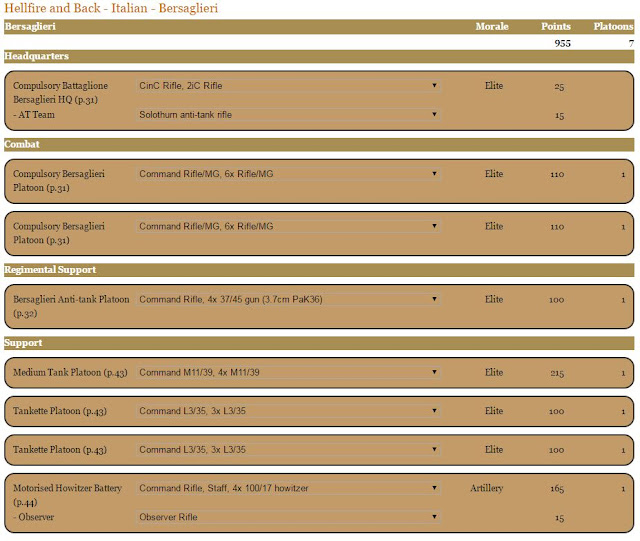 The other team - which I think Andy has called dibs on already. 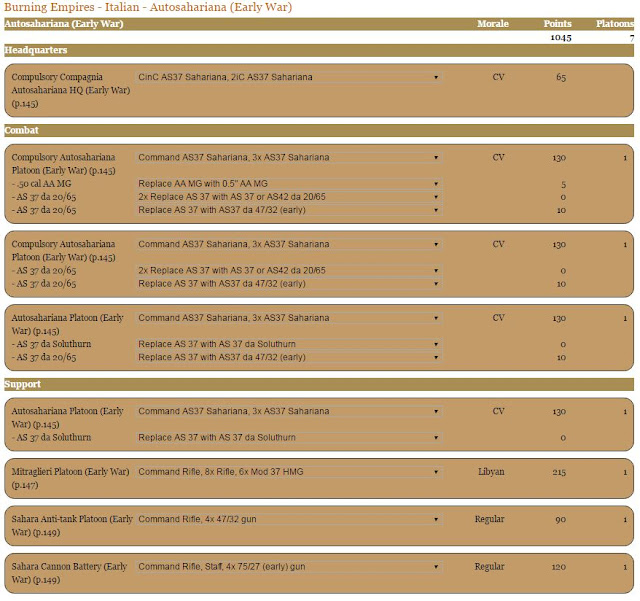 so 14 platoons in all (were not one's for taking a small army)
The list has lots of trucks, Infantry, HMG's and a heap of small caliber AT guns with some artillery thrown in as well - not sure what we'll do if were facing big things such as T-34's or Matilda's but pah who cares.  Should be a blast at any rate

We have several trucks to paint and a few gun teams but other than that its good to go.

I shall let you know how the game goes , and hopefully a win for the Italian underdogs.  After the game we should have time to play some board games, I am keen to play Ivanhoe - a great little card game where you take on the role of a Knight at a grand Tournament. Hopefully do a review of this great game as well one soon. 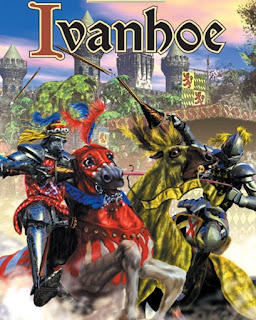 Cheers, Mark
Posted by Battletwin at 13:10 No comments: