Well, my brother Andrew has once again been showing me up and painted yet another Flames of War army . This time it is his Late War German Kampfgruppe Von Swoboda - thats the army with a bucket load of 8.8cm guns within it. Andrew has slowly been collecting this force with getting a few 88 guns at a time. 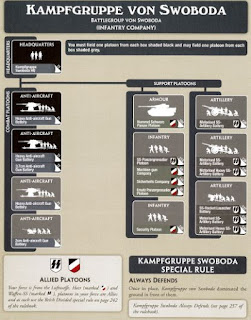 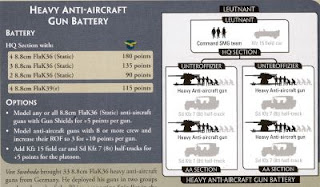 The force can have up to a maximum of 12x 88 guns in total - which is what Andy has done ,
If that was not never enough 88 guns already for Andy he also has 3 Tigers as well !! - they are the ones with no special Tiger rules but gives him some much needed mobility. Then there is the 25 stands of RT Infantry platoon - this will help defend the guns from close combat attacks. Backing up the army of AT guns is a large motorised SS Artillery Battery with 6 x 10.5cm guns !!

He has also planned to drop a few gun shields in the future lists and allow a platoon of Light AA guns being the 2cm AA flak guns (4 of them for 65points), This would give him the vital 8th platoon after kampfgruppe so a good number for half on and half off missions (he just hasn't painted them yet-hence why they are not here) The kampfgruppe would be, to have 4 platoons with 3x 88 guns in each allowing a little more flexibility in deployment. The army is always the defender which is a good thing for this force. 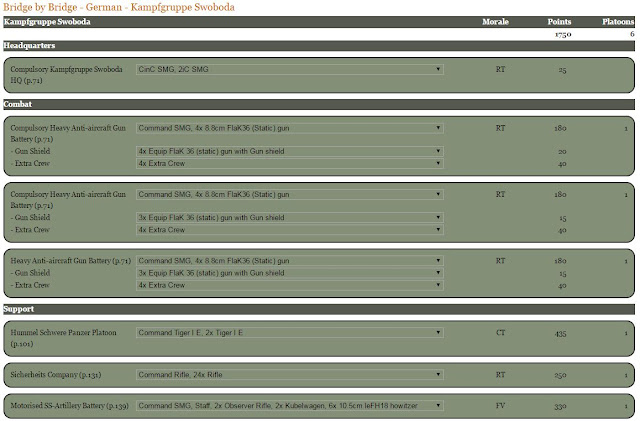 Right, enough typing by me, lets look at the army ! 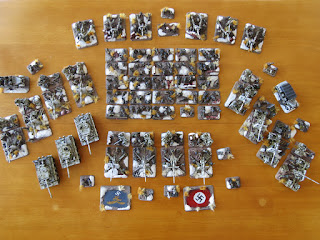 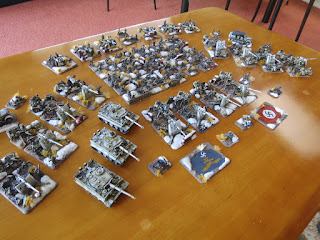 On my side of things, I have got my self a new Saga army and I have also been looking into the new game of Bolt Action .....but more on that in a later post.