Had my first Natcon practice game last weekend verses my brother Andrew at my house.

He was fielding his Natcon force  the Romanian Companie De Tancuri List which was made up mostly of R-2 tanks (which is the German Panzer-35(t) tank), and it packs a punch !
They have a variable rating they use where upon you roll a dice upon deployment and depending on the dice that's the rating they have. These are : -
1-3 they are Confident Trained, 4&5 are Fearless Trained, and on a 6 they are Confident Veterans ... so not a bad random ratings for these troops.

Andrews Force in Detail then.
The 4 platoons of tanks are obviously the work force of this army, with Front armour 2 , side and top of 1, the gun is the standard AT6 with 4+ FP .... so a very good little tank for early war. It also has protected ammo and unreliable rules. Andrew will put these tanks to good use especially if they end being Fearless Trained, or god forbid Confident Veteran status. 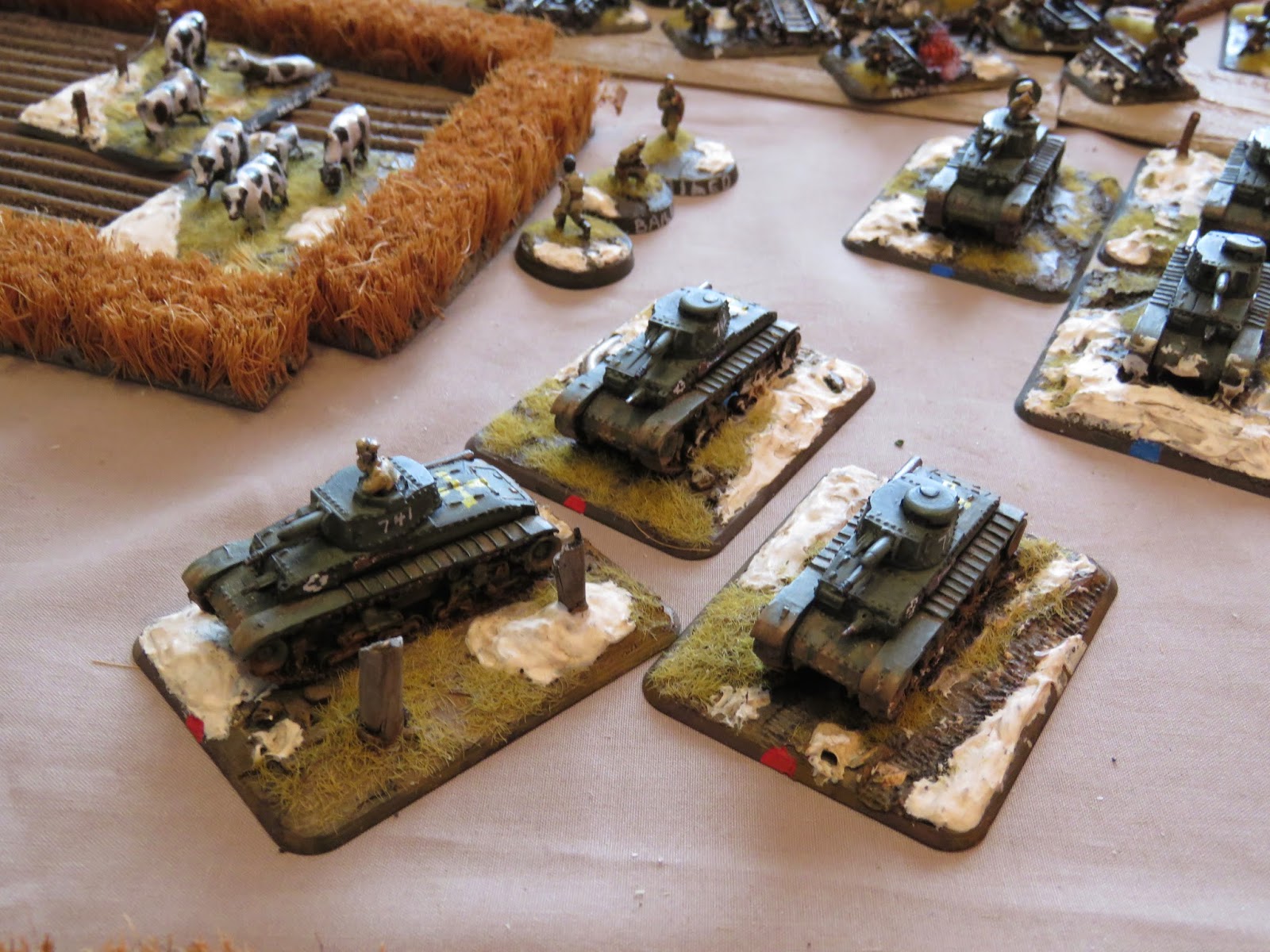 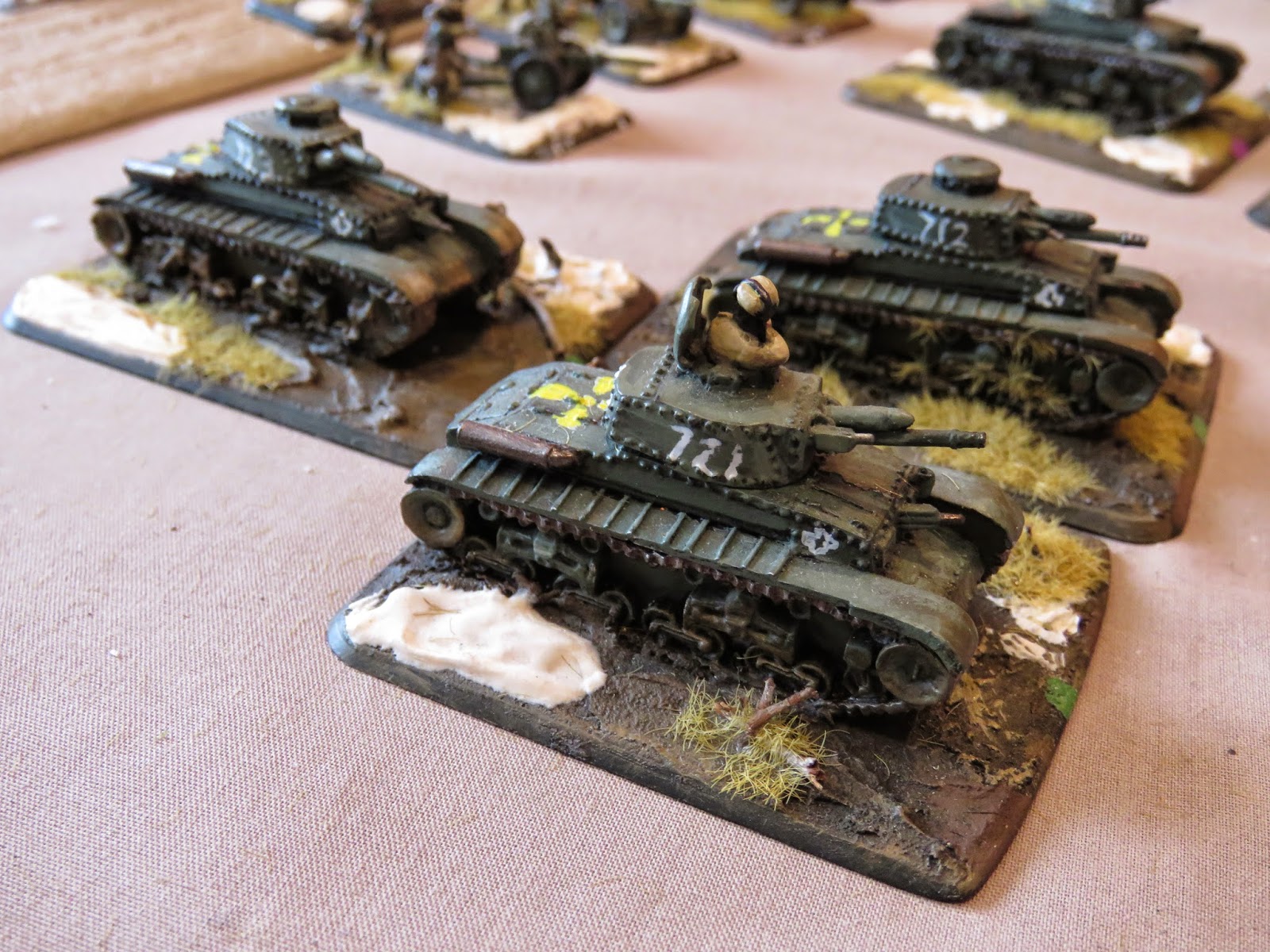 The Pioneers are there to hold objectives if needed, and push into stubborn opponents when required. The Vanatori Motorizata Platoon has the mobility of the trucks to keep them moving forward.
Then if the mass of R-2 tanks, AT guns and infantry platoons are not enough to deal with there's the artillery and sporadic planes to take care of .....  Typical Stanton way with fielding thier large armies I hear you saying ! .... why yes indeed

So the Practice game you may be asking , well I didn't have my camera on me to take any photos, but Andy gave my force a hiding !! We played a No retreat and I was attacking with my Tankovy list. My little T-60 tank platoon was destroyed in the first turn by AT ambush ! and then my KV-2 was killed by artillery fire .... I was not happy chappy when this happened. My T-34's permormed well and I had both of them parked on the rear objective by turn 4 but Andy had too many units to feed the objective with and I could not pass any FP rolls to kill the tanks. My sappers also preformed well but was then shoot to pieces by the R-2 tanks.
It was a fun game and I killed one platoon but with Andy having 9 platoons he won 6-1.

Oh well, I have another game this weekend verses John, so hoping it all goes well .