The Moors is indeed the next Saga faction for me, now its deciding upon an army selection for the Moors, having played a number of games with the Moors using proxies its high time I choose an army list, and place an order for the correct models in my Christmas shopping wish list .

Now you may have noticed in my earlier post last month about the Moors here , by looking at the Moors battleboard skills, there is a lot of melee skills that require you to have non-missile armed troops to enable the ability to use these skills. Also to get the most out of Fury of Swords skill, those units should be big !!

LIST IDEAS THEN :
So with this in mind I plan to make a 6 point army consisting of the following options:

This option has only 6 Saga dice available but with the Spiritual Advisor ability to gain additional Saga dice and also being able to remove fatigue markers from units will no doubt come in handy, especially as the Naffata teams place fatigue in your own units as well as the enemy. 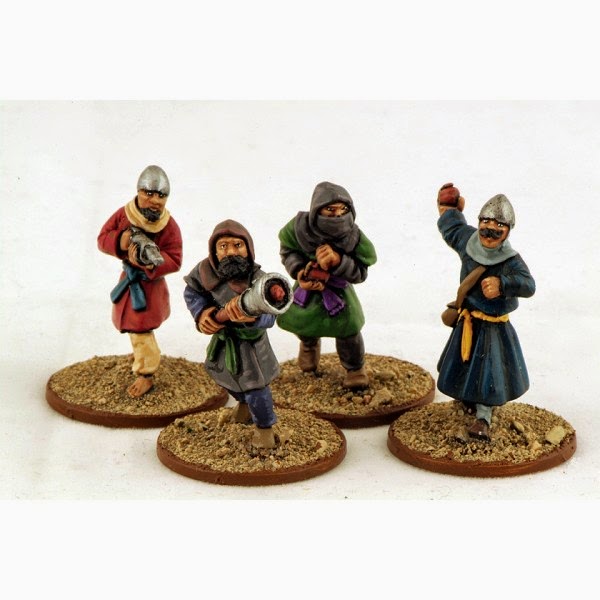 I have tried out these Naffata teams in a previous game to good effect The Naffata teams will allow me to place fatigue on my enemy before I charge on in, and a bonus is that although they are thrown as missile type shooting, they do not count as missile armed unless the host unit is missile armed so I wont loose my combat skills for including them. Also when facing mounted troops (thinking of my brothers armies here - as he collects mostly mounted type forces) it will be very useful option as when the Naffata team hits, it places an extra fatigue marker if you manage to cause a casualty in the mounted riders


2nd Option
Has a Warlord
1 point spent on Warrior-Priest
4 points of Warriors comprised into two units of 10xWarriors, and two units of 6xWarriors
1 point of Levy Bowmen

So this option has 7 Saga dice available, and with the Bowmen you have the ability for some much needed long range fire, should I make these Levy crossbowmen perhaps? but would gain a fatigue counter every time I shoot, is it worth it ? Im not really sure it is unless facing a faction with lots of Hearthguard perhaps, such as the ugly Joms Vikings

I like the Warrior Priest as an option, as he gains the We Obey ability (so a free activation to a unit nearby). He can gain 3 extra attacks and also gain the ability when charging with the side by side unit, thus the side by side unit gains an additional attack for every 2 models in that unit  So a Warrior Priest with 6 attacks and a 10 man strong Warrior unit with its own 15 attacks before any additional Saga abilities are added - making them dish out a huge amount of hurt ,  oh so very good indeed ! .......... and all that bonus for just removing a Saga dice from your battleboard during the orders phase.


Another option I am considering is to substitute the bowmen with some Bedouin camel mounted scouts. The camels will come in handy when encountering horse units and give me some much needed mobility. The option to take them dismounted is also tempting as they would gain a free move before the game begins. The Bedouin scouts are a fantastic javelin armed unit as you can activate for free as many times as you want (that is until the are exhausted for multiple activation's) but being warriors this means as many as four times ! in one turn - so stick on the flank and first turn throw as many javelins at a small unit as possible. The only down side is that they can not benefit from any of the owners battleboard Saga abilities.


So what do you think then ?
I am leaning towards the second option, but no doubt I change my mind , will need a few more games to be sold on the camels or dismounted scouts but the Warriors and Warrior priest is looking more like my style.


You will notice I haven't placed any Hearthguard units in the Moors lists above, I just can not see any point in them, they have to be mounted on horses and have to be armed with javelins, making them unable to benefit from any of Moor melee skills. The only benefit I can see of including them is for their mobility and limited shooting, of which I can gain this with using the camel unit, while making the army something different in the process.

I plan on using the Gripping beast Plastic Arab Spearmen and archers for my Moors - you get 40 of them in a box, so will no doubt need two boxes if I use the Archer option, as this box comes with square bases I will also have to get some round bases for them as an extra - as I strongly dislike using square bases. I don't particularly like the weight of plastic models either but it all comes down to $$$$, as the 40man box is the same price as 8man metal blister pack so its a no brainier for me. I will have to wait until the Moors army is released to get the Warlord model and a Warrior Priest type model

If anybody knows where I can gain a Priestly looking miniature I can use for the Moors - be sure to point me in the right direction.
Cheers 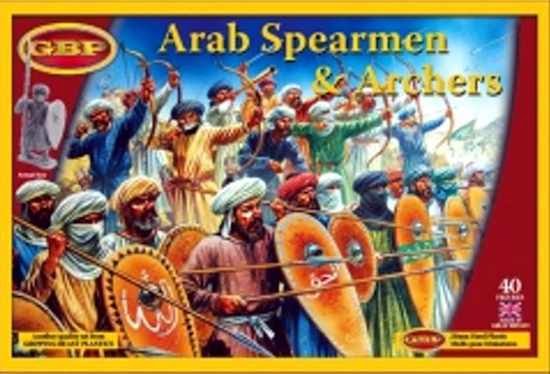 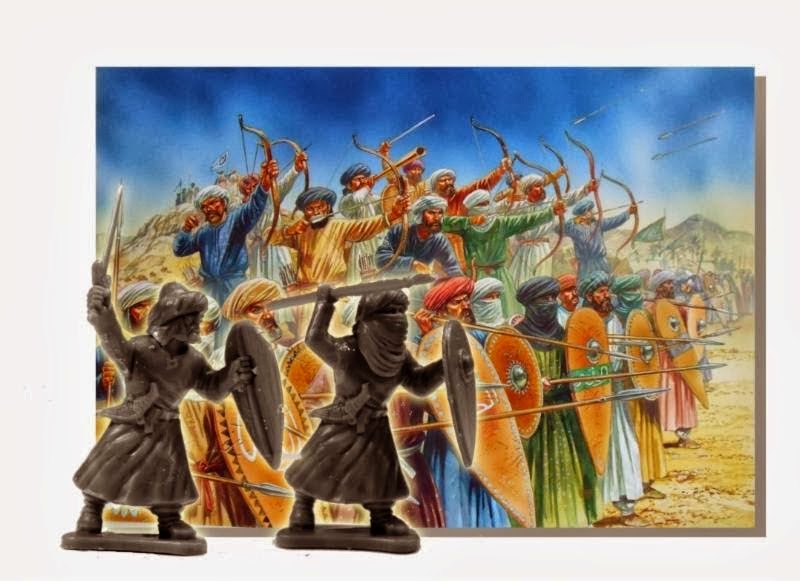