OUR MADE UP CRUSADE ERA SAGA MISSION -

My brother had stumbled across some old castle walls and towers we had made up years and years ago when we played the Warhammer Mordhiem skirmish game, they are still in good condition considering their age (15-18 years at a guess) and thought we could put these to good use again, will need a spruce up and a new desert paint job perhaps but has some potential. And as the new Crescent and Cross Saga book has most of the artwork photos inside showing figures among castle walls and such ...  we thought it may be a fun idea to make up some rules for a siege type mission for Saga

So we roughly laid out a castle arrangement and then sat down and nutted out some basic rules for battering rams, ladders and stuff to aid the attackers. It was a fun process, and we came up with the following.  - it was a fun action packed game with few tweaks here and there, so thought I would share, feel free to comment.

To set the battle scene, the Muslim factions have been suffering a siege for months now, the Christians have been setting down a barrage of fire with trubuchets and catapults. Some of the outer walls are badly damaged and the warriors spirits are waning. They must soon be ready to attack, you must hold control of the courtyard at all costs and repulse the relentless attacks.

For the Christians - Now is the time to launch an all out assault, your ladders are made, the battering ram is ready, the men are eager, your mission is to storm the walls and/or ram the gate, to take the inner courtyard and gain control of the castle area. You can directly assault or maybe use your mounted units to quickly advance and ride around to the damaged sections. GOD WILLS IT !

The table size is 4'x3' normal size. The towers and gate house are approx 6" x 6" size, the walls are 10" long. The Wall sections must be deployed within 20" from attackers table edge

The Defenders - They can only have 4 points to form their force. Must place at least 2 points of force on walls/gate/tower, the rest has to be in courtyard area.

The Attackers - They can have 6 points to choose for their force. Deploy within M of table edge.

The Attacker must have more slaughter points in the courtyard area than the defender at end of turn 7 in order to win. Otherwise the Defender wins (defender wins ties)

Walls, Towers and Gate House Rules : Units on these features gain Heavy cover
May only deploy one unit per section. Units can descend through Tower and Gate house to lower courtyard but only move S when doing so. Defending units can sally out of gate house as they wish. No mounted units on walls and towers for obvious reasons.
Attackers must break down gate with Ram to go through the gate house ... see rules below


Damaged walls can be moved through, only move 'S' and horse units gain a fatigue in doing so. Units will gain Heavy cover in this section.

Rules for Ladders  : only 3 units may be equipped with ladders of which has to be on foot. (3x ladders per unit max) You can only raise ladders when unit is within S of the castle wall. Once upon wall and up ladders you have to melee the defenders (if they are on that section of wall/tower that is) with half the number of attacks (due to the hard climbing). You may use your Battle board skills as normal.  If you get pushed back you must descend the ladder and try again.

Rules for Battering Ram: One point of models may be assigned to pushing the Ram, i.e. 4 Hearthguard, 8 Warriors or 12 Levy. Due to the Ram being heavily protected by a shield roof, the unit using the ram will only move 'S' but will gain one Armour bonus as long as they are pushing the ram along and battering the gate itself , so a warrior unit will be 5 to hit for shooting etc. If they are reduced to one slaughter point of models left (i.e. 1 Hearthguard figure, 2 Warrior figures or 3 Levy figures) they can no longer push the Ram 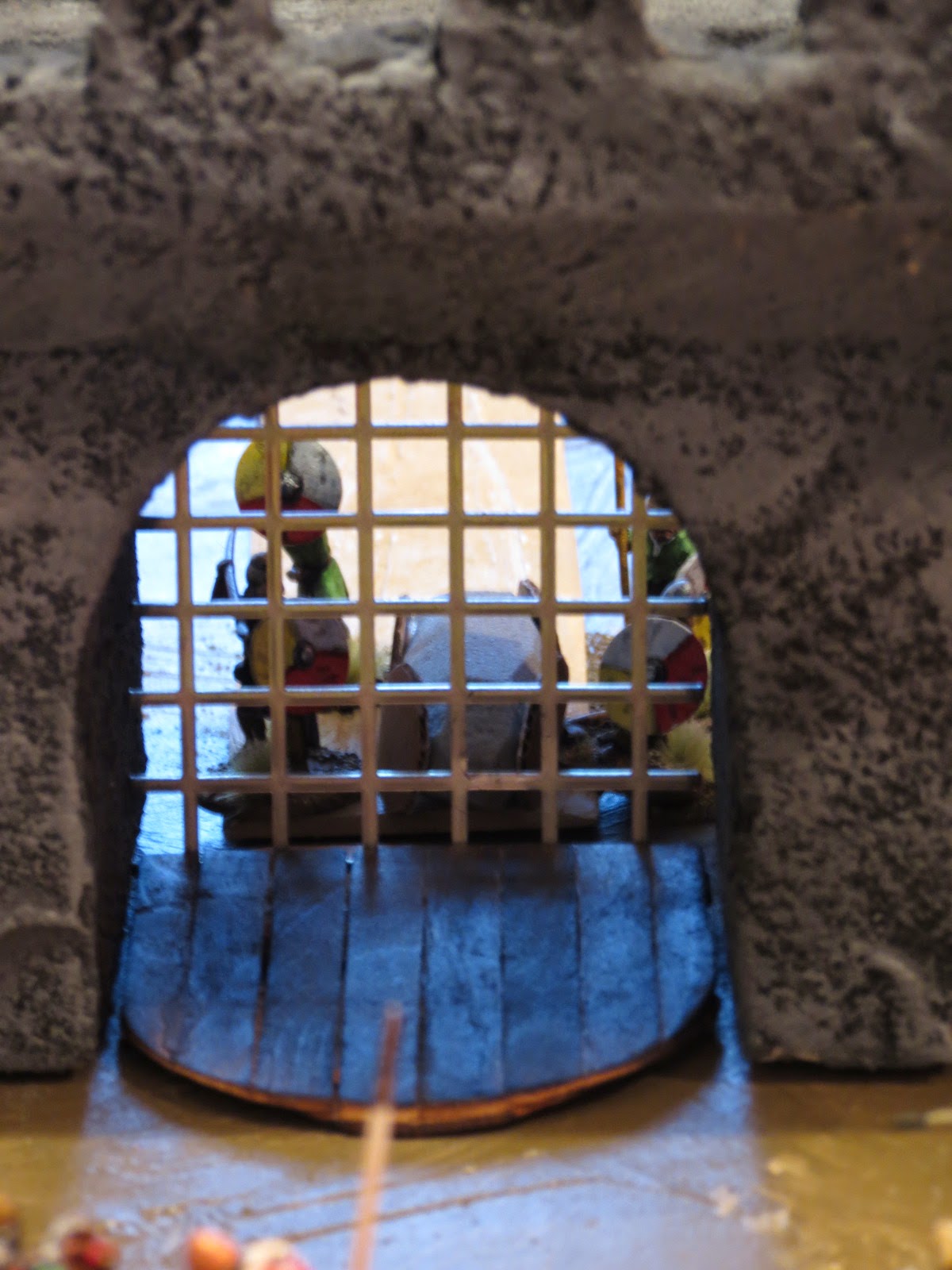 Once at the gate they can begin ramming. To do so you have to launch an melee assault as normal against the gate itself, (but can not use battle-board skills) work out number of attacks per models as normal, to destroy gate you will need to hit it 3 times needing 6's  - this can cumulative so if you fail and only manage to hit twice you can try again only needing one more 6 (easy peasy)

Well that's the rules in a nut shell we had used, In my next post I will review the game we played - it was the Moors defending against the Crusaders faction .... it was a lot of fun with it being a very close game that came down to wire at the end. The rules worked out very good, with Andrew going for a direct assualt having no horses, and used ladders and rams to good effect taking a fair amount of punishment on the way with my bowmen shooting down on them. had ramming of gates and also plenty of silly banter while playing to make a good gaming afternoon, so stay tuned in a couple of days time for the after action report.