SAGA - BARD AND MONKS ANYONE ?

Have just finished painting my Angry Monk models and my Wandering Bard model for Saga.

Must say the monks were a pleasure to paint, nice clean lines with simple colour schemes, and the sculpting of the models looks great with most of them being on the fat side - I especially like the fat necked one holding the sword closely followed by the goofy looking skinny monk with the axe.

AVENGING MONKS - I think these guys are a great addition for my Anglo-Saxon and Anglo-Danish forces - they have rules as follows:

2) Monks: This unit is made of 12 models, fighting on foot. They have exactly the same characteristics as Levies (and count as Levies of your warband), but do not have any ranged weapons nor any other equipment options. Each Monk is worth ½ victory point (like Warriors).

3) God’s Shepherds: As long as The Avenging Monks are within S of their warband’s Warlord at the start of the turn they generate one SAGA Die.

4) Martyrdom: Each time a Monk is killed or eliminated during an enemy’s turn, their controlling player may
immediately take one unused Saga die, roll it and place it on his Battleboard. 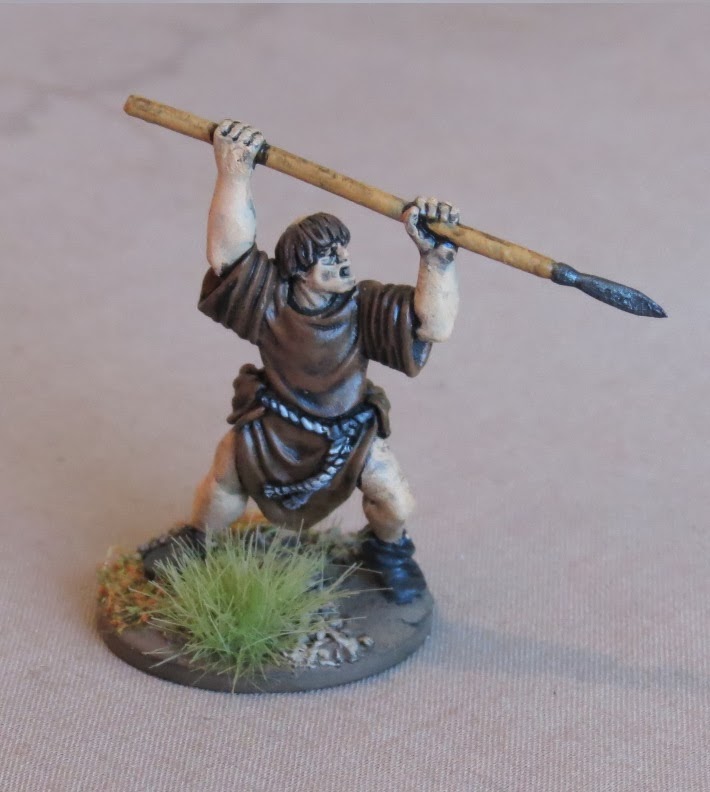 Love these guys, very interesting rules and full of historical flavor with the Anglo-Saxons. If facing shooty type armies just line them up in front of your force, he has no option but to shoot them - hopefully only killing a couple so you get to roll up another useful defensive skill ready for the next shooting!  If facing a tough melee unit plop them down in front of them and make them charge the unit, thus giving you more dice for skills when fighting over units.
They also give my warband another Saga dice if close to the Warlord - and a very good when combined with Saxon Kingdom ability which turns them into "Warrior Monks"

WANDERING BARD - Another great addition for my Anglo-Saxon and Anglo-Danish forces
he has rules as follows:

1) Swords for Hire: The Wandering Bard may be included in any warband that is not led by a Hero of the Viking Age. He is free and forms a unit of his own. He counts as a Warrior, may not have any equipment option, except for a horse if the Warlord of his warband is also mounted. He is worth two victory points.
If he is killed, your Warlord immediately takes one FATIGUE.

2) Storyteller: With a storyteller on his side, we can expect that your Warlord will have to behave accordingly unless he wants his reputation to be tarnished. The following rules apply to your Warlord during the whole game (even if the Bard has been killed):
- He may not Rest unless he has two or more FATIGUE markers.
- He does not benefit from the Side-by-Side special rule (i.e. may only engage the enemy on his own).

3) Inspiration: As long as the Wandering Bard is within S of your Warlord, your Warlord gains
the following benefits:
- Any enemy model killed by your Warlord counts double when it comes to determining the victory points
(set them aside to remind you that they are worth twice the normal number of VPs).
- He may use his Determination and “We Obey” rules a second time every turn (the Bard must be within
S of the Warlord when these rules are used for the second time). 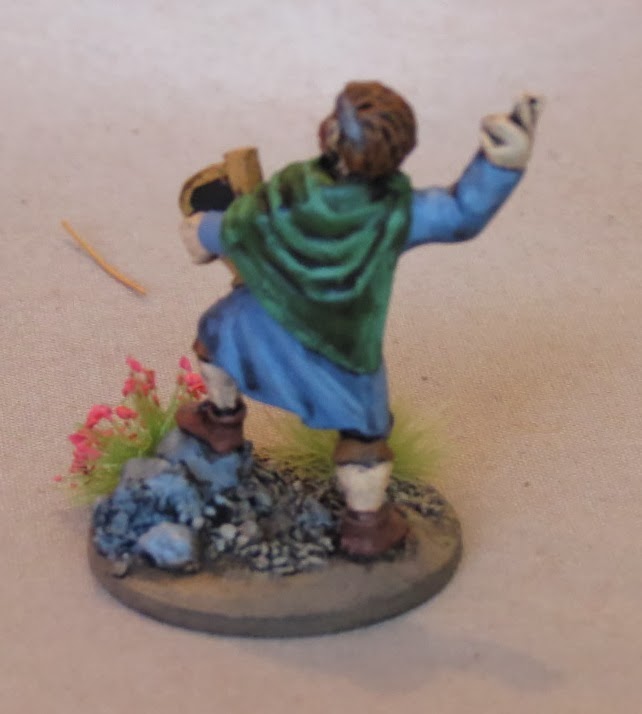 I find the bard very useful, if kept close to my warlord it gives me the ability to activate two units with the "we obey" rule for free, thus allowing me to use dice elsewhere on my battle-board. It also gives me another Saga dice per turn - always handy. He is very vulnerable though being a unit by himself so be good to hide him behind another unit or warlord. Another downside would be the Warlord can only charge into combat be himself - but for more the glory! and much story telling.
Also no use against the Vikings as they can use their dreaded Loki ability killing him rather fast.

Andrew uses his bard in his Strathcylde Welsh force to very good effect - only funny side is the fact the bard model is mounted on your normal Warhorse, while his Warlord and the rest of his warband are all on little ponies ........ looks very amusing.
Posted by Battletwin at 15:08 No comments: